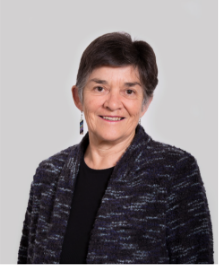 Independent Chair of the Board

Professor Hamilton has over 45 years’ experience in the public health field, specialising in alcohol and drugs including clinical work, education, research and policy development. She has a background in social work and public health and was the Founding Director of Turning Point Alcohol and Drug Centre in Victoria and Chair of the Multiple and Complex Needs Panel there. She served as an Executive member of the Australian National Council on Drugs 1998-2015) and on the Prime Minister’s Council on Homelessness (2010-2015). She is a Board member of VicHealth (the Victorian Health Promotion Foundation) and continues as a member of Cancer Council Victoria – from which she retired as President in 2015. She sits as a Community Member of the Mental Health Tribunal in Victoria approximately once a week (since June 2016).

Professor Hamilton has recently been appointed to Chair the Review Panel of the Medically Supervised Injecting Room in Victoria. She also holds an honorary position at the University of Melbourne and says that she has “retired; but remains active”.

Professor Hamilton has contributed to many other advisory groups in the areas of children in out-of-home care, youth drug problems, alcohol and drug policy and research including initiating the Drug Policy Modelling Programme and, from 2015-2018, she was appointed to the Civil Society Task Force contributing to the United Nations drug policy development.