Fentanyl is a highly potent synthetic opioid, available in Australia as a restricted medicine (Schedule 8) for anaesthesia and the treatment of pain. It comes in sublingual, nasal, transdermal and injectable forms.

Illicitly manufactured fentanyl and its analogues (such as carfentanil and acetyl fentanyl) have been detected on the Australian market.

Fentanyl is sometimes mixed with other illicit drugs to increase their potency. Its toxic effect on the nervous system is 100 times that of morphine.

Overdoses involving fentanyl and its analogues resulting from substances sold as heroin and stimulants such as methamphetamine and cocaine are emerging in Australia2,3.

International studies show that many people who have survived fentanyl overdose were unaware that they ever took the drug4.

Understanding the common risks with any drug taking, following harm reduction measures and knowing how to respond to an opioid overdose can reduce risk and save lives.

If you think someone is overdosing, act fast. Don’t wait to see if they will recover.

Tell the operator that you believe the person is having a drug overdose. If possible, tell them what drug they have taken.

2. Put in recovery position (lying down on their side with their head resting on their arm).

4. If the person isn’t breathing, then turn on back and give rescue breaths.

5. If no response, continue to administer doses every 2-3 minutes, some people might require all 5 doses.

6. Stay with the person until the ambulance comes and inform the paramedics how much naloxone has been given. It is important that the person gets medical attention in hospital. They may need observation for at least 4 hours – sometimes effects can delayed.

7. If possible, give the paramedics a sample of the substance.

During an opioid overdose, the central nervous system slows down, and can stop a person from breathing. Naloxone is a short-acting drug that can temporarily reverse the effect of an opioid overdose, and give that person the ability to breathe again.

Take Home Naloxone is available for free in ACT, QLD, NT and VIC to opioid users, their friends and families through a number of services. Contact details for these areas are available on our website: http://www.nccred.org.au/naloxone

Getting into drug treatment can reduce the risk of dying from an overdose. Call the National Alcohol and other Drug Information Service (ADIS) on 1800 250 015.

You will be automatically directed to the ADIS State or Territory you are calling from.

The information above is available to download as an A5 roll-out brochure below. 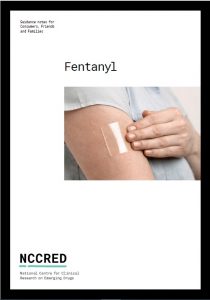